Home > Fast Food Alternatives > What Are the Lifestyle Issues

What Are the Lifestyle Issues 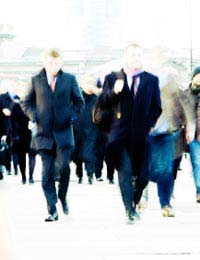 There are many reasons why fast food has become so popular all over the world. Some of the reasons that fast food is such a hugely profitable business is to do with marketing - and obviously the fact that we enjoy eating it, but the popularity of fast food and eating on the run has increased as our lifestyles have changed over the years.

Family Life In The 21st Century

There’s no denying that the social landscape has changed immeasurably since the advent of fast food in the second half of the 20th century. Back then, when the Golden Arches were new and sparkly, mums by and large stayed at home with the kids, dads went to work, and they all got a healthy home cooked meal at the end of the day. The lifestyle was slower and more defined, and it was expected that the family would eat together.

In this day and age, some mums still stay at home, but many are out at work, and some are lone parents. Mothers used to make a point of teaching daughters (and sometimes sons) to cook so that they knew how to fend for themselves when they married and had families of their own. Even if mum didn’t take on this role, girls were taught ‘domestic science’ at school so one way or another they would know what to do with leftovers!

Domestic science went the same way as O levels, and many people now leave school with no idea how to look after themselves in the kitchen, so they end up adopting a quick and easy junk food lifestyle.

If both parents are at work, they are often content just to sling something from a packet into the oven or the microwave, because after a hard day, and with a hectic lifestyle, people don’t have the time to create a meal from scratch – or at least they think they don’t.

Fast Food isn’t just limited to eating out and ordering in – it’s now so easy to get a ready meal from the supermarket, and not worry about the nutritional content. You can pick up food from every ethnic origin you can think of at most big shops – Indian, Italian, Greek or English. There are healthy lifestyle options of course, but most people unless they are on a specific diet tend to be seduced by the images they see on the front of the packaging, and the description of the meal inside.

It’s likely that the microwaveable meals for one won’t be as tasty as the real thing, but that’s something you don’t find out until you’ve bolted it down in a hurry with the television on.

The proportion of single households has increased massively since fast food was invented, and whereas families might make an effort to eat together and eat fresh, home cooked food, the singleton lifestyle doesn’t often allow for this. Many people who live alone simply can’t be bothered to make a big effort to cook for themselves. Some don’t know how to. Some are so busy with social lives and work commitments that it’s so much easier to order a pizza than it is to make a casserole when half of it will go to waste anyway.

It will take a major shift in lifestyle and cooking ability to lessen the hold that junk food has over the population and replace it with good home cooking.

What to Go For at the Coffee Shop

Fast Food and it's Appeal to Children

The Lack of Healthy Options When Eating Out