Home > Nutrition > What Affect Does Fast Food Have on Our Health?

What Affect Does Fast Food Have on Our Health? 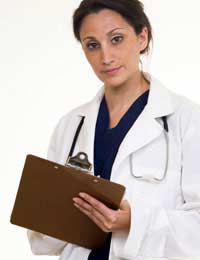 Fast food in moderation is one of those things that the media seems to think we are unable to do, so they warn is with alarming frequency about the dangers of eating too many burgers.

It may well be overstating the issue, but there are certainly ingredients in and aspects of fast food which can be detrimental to our diet and health, and which can affect us in the longer term.

Fat is a dirty word when it comes to the twenty first century, and there’s certainly a great deal of it in most fast food. Back in 2002, a 19 stone man attempted to sue one of the big fast food burger chains because he claimed that he didn’t know fast food was bad for his diet until after he’d had a heart attack in 1996. He also said that the fast food giants shouldn’t be allowed to sell burgers with such high fat content as they were dangerous to health. Not surprisingly, he lost.

He may have a point though, especially when it comes to trans fats – some KFC and McDonalds burgers have previously been found to contain almost five grams of trans-fats in each burger...which is frightening when you also hear that exceeding this level of trans fats on a regular basis has been linked to a higher risk of heart disease – 25% higher according to research. McDonalds in the UK has committed to getting rid of trans fats from all of its fast food, but the same rules don’t apply to all of the outlets in other countries.

Salt in your Fast Food

It’s not just about adding salt to your dinner – around 80% of the salt in our diets comes from processed foods and meals, not from added table salt. Because this salt is hidden, we often don’t realise that we’re eating it, and play down the potential effect on our health.

Salt can have a detrimental effect on health because when levels in the body are too high, it can cause you to retain water, which some experts believe is also linked to high blood pressure. High blood pressure can lead to a higher risk of heart disease and strokes.

Despite most fast food restaurants claiming to have reduced salt levels, a 2007 survey showed that just one meal from a Pizza Hut could potentially contain more than twice the recommended daily salt intake for an adult. That will be why you want to drink lots after a take away!

Some fast food is also loaded with sugar, and unfortunately for doughnut aficionados, there is no nutritional benefit whatsoever to be found in eating sugary snacks and treats. The calories you get from sugar are what nutrition experts describe as ‘empty’ that is you don’t get any nutrition from sugar whatsoever.

Researchers in America came to the conclusion back in 2003 that the combination of fat and sugar in junk food was possibly a contributing factor to the soaring rates of obesity in the country and globally.

The scientists fed rats on food with similar fat and sugar levels – and then saw them become agitated, and get the shakes when their diets were changed, because high sugar and fatty foods appear to stimulate the 'pleasure chemicals' in the brain.

So fast food does seem to have a few negative effects on our bodies, but most of these are linked to excess. One fatty meal isn’t going to turn you into a junk food addict any more than a pizza in isolation will cause a heart attack. Just be aware of what you’re eating and limit fast food to occasional treats.

What Type of Additives Are in Fast Food?
Share Your Story, Join the Discussion or Seek Advice..
Really helpful to know so that I know how it affects health and what should happen in the future because of the way it is affecting our health. Any opinions on what you think the future of fast food should be?
Chloe - 8-Feb-14 @ 5:45 PM
Title:
(never shown)
Firstname:
(never shown)
Surname:
(never shown)
Email:
(never shown)
Nickname:
(shown)
Comment:
Validate: