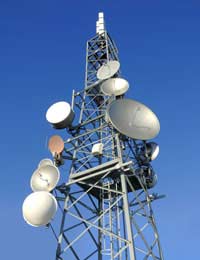 The media has been up in arms about childhood obesity for some years now, so it was hardly a surprise that in 2006 the Office of Communications (OFCOM) announced a total ban on the advertising of junk food and fast food to kids, from January 2007.

The ban was imposed after parents and pressure groups expressed concern over the way that fast food advertising was pushed at kids, invoking the dreaded ‘pester power’ and causing tantrums at the supermarket checkout when mum refused to give in to demands for sweets and other junk food.

What Kinds Of Foods Are Covered By The Ban?

The ban was brought in to cover all advertising of fast food and junk food – basically all foods which were deemed to have a particular appeal to kids under the age of sixteen. This means that as far as television advertising is concerned, the advertising of fast food and other junk foods is banned on all children’s TV channels, during any specific children’s programmes, and also during the transmission of any television show which has an above average audience of under sixteens, so not just standard kids TV shows.

Music channels and award shows that would be popular with younger age groups are also restricted.

Health campaigners have said that the ban doesn’t go far enough, and that there should have been a blanket ban on all advertising of junk food before the watershed of 9pm. They also wanted popular TV soaps such as Coronation Street to be affected by the ban as they felt that children would still be bombarded with images and messages from fast food manufacturers during these prime time slots, watched by many under sixteens.

The British Medical Association (BMA) was behind the ban, but said that OFCOM lacked conviction in not banning all pre-watershed adverts aimed at kids. This included all the fast food adverts featuring the latest toys you could get free with a burger meal, as well as chocolate and sweets.Vivienne Nathanson, head of science and ethics at the BMA said:

"We are in the midst of an obesity epidemic and must use all the weapons in our armoury to prevent the next generation of British children being the most obese and unhealthy in history,"

She added that she felt that as Ofcom believed that TV adverts affected children's eating habits, the organisation should have the courage to recommend a more comprehensive ban

Why Was A Fast Food Advertising Ban Considered Necessary?

In December 2003 the UK government asked OFCOM to look at toughening up their rules on food and drink advertising to children, and undertook exhaustive research into the effects of junk food and fast food advertising on children's eating habits. The research was lobbied on all sides – both from the junk food manufacturers who complained about loss of revenue, and health campaigners such as the British Medical Association who strongly pushed for a harsh ban.

The reasons were mostly based on the so-called ‘obesity epidemic’ – and the government wanted to be seen to be doing something about it. There were complaints about relentless advertising of sweets, sugary cereals with toys, fast food and unhealthy, sugary drinks to children, who would pester their parents after seeing adverts on TV. The general feeling was that children’s over eating these sweet treats and fast food meals to get the latest cartoon or film toy that was being marketed at them was causing a rise in obesity.

Has The Ban Made Any Difference?

It’s too early to tell whether banning fast food and junk food ads on the television has made any difference to pester power, or obesity and health in kids. One thing that it has done is force advertisers to be more creative – they are now targeting social networking sites and mobile phones instead!