Home > Business > Calorie Counts on Menus: Will This Change Our Fast Food Habit?

Calorie Counts on Menus: Will This Change Our Fast Food Habit? 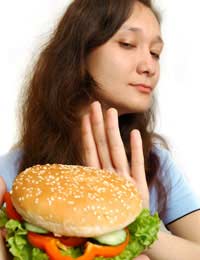 One of life’s little pleasures is surely the treat of a meal out – no washing up and someone else to cook the food for you? Most people have the occasional meal out, and in a lot of cases a meal is booked for a special occasion, a celebration, or just a treat for somebody. So how do you feel about plans that the government are attempting to bring in to make restaurants and fast food outlets print calorie counts on their menus? Will it affect you? Or do you see it is just another intrusion by the nanny state into your private life? Will a calorie counted menu actually make you change your eating habits?

The government, which is on a mission to combat rising levels of obesity, is introducing a voluntary scheme whereby every eating place whether it be an upmarket restaurant, a fast food outlet or even a company canteen will face pressure from officials to publish calorie counts on the menu. The government believes that putting this type of nutritional information and calorie figures on a menu will help people make healthier choices, whether they are eating from a chain pub or a Michelin-starred restaurant.

The scheme was proposed by Health Secretary Andrew Lansley, and there’s every chance that it could come into effect from September. It’s part of a wider agenda from the government – also called the ‘nudge agenda’, designed to shame the British public into changing the way they eat.Other measures suggested by the government are a drive to reduce the salt content of processed foods and getting rid of artificial trans-fats, which have been linked to heart disease.

Health groups are cynical about the scheme and a similar experiment in the US wasn’t a resounding success either. A study published in March 2011 suggested that the New York scheme failed to change the eating habits and diet of the young people involved.

In New York, displaying calorie counts on menus in fast food restaurants is mandatory. In the study, experts on health policy from New York University interviewed hundreds of children and teenagers as they left fast food shops, before and after it became compulsory to add the calorie count to the menus. They were asked what they had chosen, and why they went to that restaurant.

After the compulsory calorie labelling was brought in, even though more than half of the young people interviewed said they had seen it, very few admitted to having paid any attention to it. Only 16 per cent said that the calorie count had influenced their food choices.

The Coalition government took away the role of the independent Food Standards Agency when it came to power. Previously the FSA had been working with the food industry. Andrew Lansley decided to replace this independent body with an organisation called The Food Network, which consists of food industry leaders and consumer bodies. Its remit is to come up with voluntary measures designed to improve the nation's health as part of what it calls a ‘responsibility deal’.

It’s likely that the Food Network will be responsible for plenty more ideas about how to make the nation fit, healthy and slim in the coming years, but whether these will be effective remains to be seen. As one woman put it, “I go out for a meal as an indulgence, a special treat, and there’s no way I want to be lectured by the nanny state about how many calories are in my crème brulee, thank you very much!”