Origins of Fast Food in the UK 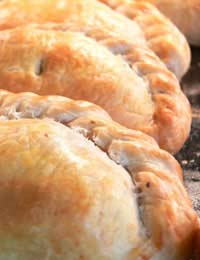 There has been some form of fast food available in the UK since as far back as Roman times, although perhaps not in the way we mean it in the 21st Century. Before recent times, fast food wasn’t the staple junk food it is nowadays, such as burgers and fries, but that far back in history, it was far more likely to be meat pies and pasties as well as fried foods.

By the Medieval period most big, well inhabited cities and major towns usually had what they called a ‘cookhouse’ which was otherwise known as a pie shop. Local taverns and drinking establishments were also providers of food that was, if not fast by today’s example, certainly faster than usual! You would also find an assortment of stalls selling cooked food – for example the humble yet very tasty fast food Cornish pasty is said to have been eaten as far back as the 13th century.

What was actually in the pies and pasties varied, with poultry, game and wild fowl being popular choices.

It’s an often told tale, but it’s true that the UK staple fast food was invented by the Fourth Earl of Sandwich in 1762. The Earl, John Montagu, didn’t want to interrupt his gambling, so instead of sitting down to a meal, he asked for dried meat to be wrapped in bread.

Although sandwiches are eaten with relish across the UK as a healthy (well, sometimes) version of fast food, the fast food outlets have been somewhat slow to catch on, and only recently have fast food chains selling gourmet sandwiches started to spring up on high streets across the UK and elsewhere.

Fish As A Fast Food

Fish and Chips is a favourite fast food in the UK even in the 21st century but the history of this delicacy goes back to the 19th Century, and has its origins in areas where there has historically been access to coastal or tidal waters.

Fast food in these areas had previously been seafood like local shellfish - oysters or perhaps eels. It was often cooked while customers waited. As trawler fishing developed in the mid 19th century, the firm favourite British fast food fish and chips became more popular.

Modern Fast Food In The UK

As well as the fast food native to the UK, such as pie shops, fish and chips and seafood, the UK seems to have taken on board many fast food traditions with origins in other countries and continents.

Pizza has been adopted from Italy, Chinese and Indian ethnic food taken from their respective continents and changed beyond all recognition to suit the western palate, and even kebabs which were inspired by the Seljuq Turks during the Crusades.

The first ever McDonald’s restaurant opened in the UK in 1974, and now the chain is the leading provider of fast food in the UK according to recent figures. Although several surveys have cited chicken tikka masala as the nation’s favourite dish, McDonalds and other burger chains have the lead when it comes to eating food on the go.

With a recent focus on fast food and health, there are now healthier chains appearing which offer organic, or wholesome sounding alternatives to the burger, but whether the juice bars and organic fast food joints survive the credit crunch in favour of the humble and cheap burger remains to be seen.